About 125 years ago, on September 11, Swami Vivekanand delivered an iconic and eloquent speech at the Chicago Convention of the Parliament of Religions. Introducing Hinduism to the world in 1893, Swami Vivekanand spoke about intolerance, religion and the need to end all forms of fanaticism. Such was the effect of the remarkable message that he received a two-minute standing ovation.

Here are excerpts from his speech which continues to play a relevant role in society.

I am proud to tell you that we have gathered into our bosom the purest remnant of the Israelites, who came to southern India and took refuge with us in the very year their holy temple was torn to pieces. by Roman tyranny. I am proud to belong to the religion that has housed and still nourishes the rest of the great Zoroastrian nation. I will quote to you, brethren, a few lines from a hymn which I remember having repeated since my earliest childhood, and which is repeated every day by millions of human beings: through different tendencies, so diverse as they appear, twisted or straight, all lead to You.

The present convention, which is one of the most august assemblies ever held, is in itself a vindication, a declaration to the world of the marvelous doctrine preached in the Gita: “Whoever comes to me, in whatever form , I reach it; all men struggle along paths that eventually lead to me.

Bigotry, bigotry and its horrible descendant, fanaticism, have long possessed this beautiful land. They filled the earth with violence, flooded it often and often with human blood, destroyed civilization and sent entire nations to despair. Without these horrible demons, human society would be far more advanced than it is now. But their time has come; and I earnestly hope that the bell which has rung this morning in honor of this convention will sound the death knell of all fanaticism, of all persecution with sword or pen, and of all uncharitable feelings between people who are heading towards the same goal.

Here are some other Swami Vivekananda quotes that are sure to inspire you. 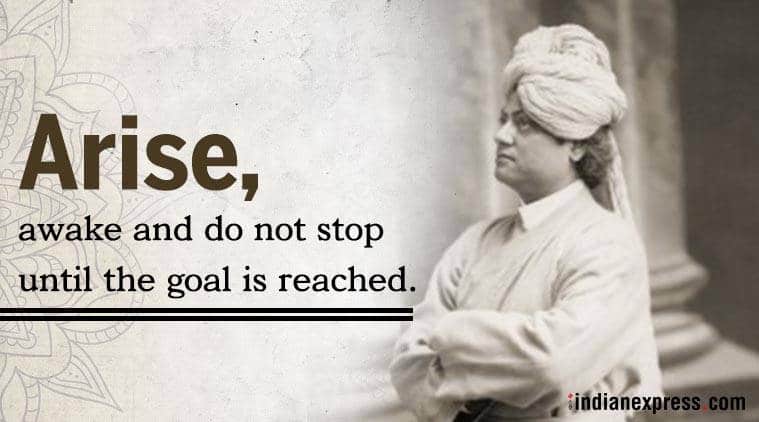 * The world is the great gymnasium where we come to strengthen ourselves. * Do not condemn anyone: if you can reach out, do so. If you can’t, cross your hands, bless your brothers and let them go their own way. * The truth can be stated in a thousand different ways, but each can be true. * All differences in this world are of degree and not of kind, for unity is the secret of everything. * Where can we go to find God if we cannot see Him in our own hearts and in every living being.