By John B. Monteiro

Mangaluru, June 1: Most people in Mangaluru have heard of Morgan Gate as many city buses start or touch this landmark south of Jeppu. But few people know Morgan Bungalow, located on a seven-acre estate, close to the Mangaladevi temple. Indeed, JH Morgan, a tile maker and processor and exporter of plantation products, who left India in 1947, is now part of forgotten history.

But, Morgan Tiles still protects Morgan Bungalow from sun and rain. The majestic building with a large central hall and wide veranda now houses the Mangaluru branch of Ramakrishna Mission, headquartered in Belur, West Bengal. The focus is on the Ramakrishna mission in Mangaluru, recently in the media for its campaign to clean the city. 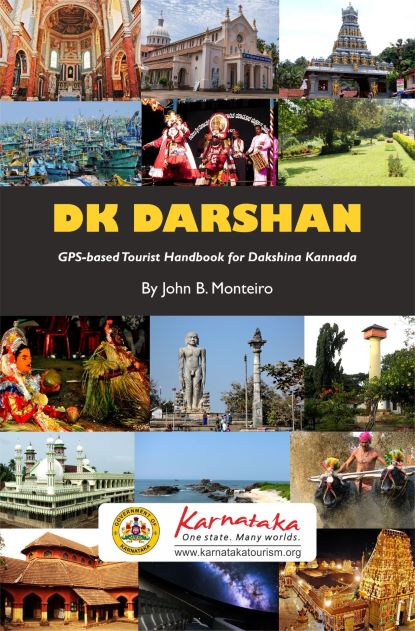 Although the Ramakrishna Mission only arrived in Mangaluru in 1947, its pedigree can be traced back to Sri Ramakrishna (1836 – 1886). After his death in August 1886, a monastic order bearing his name was organized by his Sanyasin disciples led by Swami Vivekananda.

He has a double ideal before him – to create a group of Sanyasin teachers of Vedanta as proposed by Sri Ramakrishna and practically exemplified by his own life; and in conjunction with lay disciples to pursue missionary and philanthropic work, seeing all as manifestations of the Divine. The sister organizations, Ramakrishna Math, registered as a trust in 1901, and Ramakrishna Mission, registered as a company in 1909, are closely related, both having their headquarters in Belur.

Mangaluru Ramakrishna Mission was established by Swami Vimalanandaji in 1947, through the initiative of Rao Bahadur Keshav Pai. This was in response to requests made by Mangaluru devotees to the mission headquarters. It started operating from a rented house in Lalbagh. Meanwhile, in the 1940s, Sowkar Venkatesh Pai started a Balakashram to benefit poor children in the community by offering them free boarding. This work was then done under an organization called Hindu Seva Sang.

The heart of this heritage building is the large central hall which is now a room for meditation and prayer, comfortably accommodating around 200 devotees. The north and south wings are used as offices and accommodation. At the north end of the hall is the shrine of Sri Ramakrishna with his portrait on the wall, flanked by portraits of Swami Vivekananda and Sharada Devi.

The Ramakrishna Mission complex in Mangaluru is home to a plethora of spiritual activities including daily worship, prayers and bajhans. Important holidays and saints’ birthdays are celebrated. The Mangaluru Math runs Sri Ramakrishna Balavrinda, a Sunday school for children. Launched in 1951, Balakashrama, run by the Mission, provides free boarding, accommodation and education to 70 students. The Mission has operated a charity dispensary since 1955, switching to the homeopathic system in 1998.

The essence of the philosophy of Ramakrishna Mission is based on the importance of the individual person. As it is prominently written under the statue of Swami Vivekananda on campus, “Every soul is potentially divine”. Efforts should be to manifest this divinity in oneself by controlling nature. This theme runs through the books available for reading at the Mission’s Sri Sharada Library or for sale at the bookstore conveniently located near the main gate. Spiritual aspirants can also attend talks on scriptures, spiritual life, and breasts.