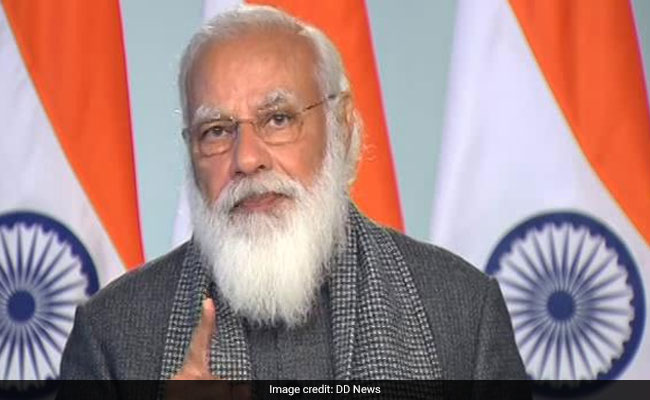 Swami Vivekananda wanted empowerment to be brought to the poor, if the poor themselves cannot easily access empowerment, Prime Minister Narendra Modi said on Sunday.

“First, he wanted empowerment to be brought to the poor, if the poor themselves cannot easily access empowerment. ideas; their eyes must be opened to what is happening in the world around them and then they will find their own salvation,” Prime Minister Modi said while addressing the 125th anniversary celebrations of the newspaper “Prabuddha Bharata”, launched by Swami . Vivekananda.

The Prime Minister affirmed that this is the approach with which India is moving forward today.

Referring to Swami Vivekanand’s letter to the Maharaja of Mysore and Swami Ramakrishnananda, the Prime Minister highlighted two clear ideas in the Hindu philosopher’s approach to empowering the poor.

“Swami Vivekananda saw India as a cultural consciousness that has lived and breathed for centuries, an India that only emerges stronger after every challenge despite predictions to the contrary. He wanted to make India ‘Prabuddha’ or enlightened”, said Prime Minister Modi.

The Prime Minister said that Swami Vivekananda named this newspaper Prabuddha Bharata to manifest the spirit of our nation. “He wanted to create an enlightened India. Those who understand Bharat are aware that it is beyond a mere political or territorial entity,” he added.

The Prime Minister further stated that Prabuddha Bharat is a special journal. “It is an iconic newspaper closely associated with Swami Vivekanand himself. It is also one of the oldest English newspapers in the country. There is a powerful thought behind the name,” he added.

“Swami Vivekananda had great compassion for the poor, he truly believed that poverty was the root of all problems. Therefore, poverty should be eradicated from the nation,” Prime Minister Modi said.

(This story has not been edited by NDTV staff and is auto-generated from a syndicated feed.)