“I will not live to be 40” — How did Swami Vivekananda know when he would die?

Swami Vivekananda attained Maha-Samadhi on July 4, 1902, at the age of 39. By then he had lived his life on his own terms and was ready for death. Vivekananda’s death was not an episode, it was almost a journey and the way he approached it is intensely symbolic of calm and mastery over fear of the unknown. He embraced death without any fear or apprehension. How did Swamiji view death?

Swami Vivekananda advocated Advaita Vedanta which regards all men as one in spiritual brotherhood, but that the final word in religion is man’s realization of his essential unity with the whole universe. The central teaching of Vedanta – the Upanishads – is how to achieve this unity. He propagated his views on death many times, in his writings and lectures. Death is not something to be feared or kept at bay, rather it is to be embraced and accepted like all other worldly endeavors and He showed the way to do so. He always predicted that he would not live past 40 and when he breathed his last he was only 39 years and five months old.

In March 1900 Swamiji wrote a letter to Sister Nivedita. There he wrote: “I don’t want to work. I want to be quiet and rest. I know the time and place; but fate, or karma, I think, keeps me going – work, work.

When he said, “I know the time and place,” he was obviously referring to the time and place of his death. It was, after all, a little more than two years after writing that letter that Vivekanda died, on July 4, 1902, preceded by a detailed study of the almanac in the preceding days, the exact plotting of the place of his cremation three days before his death. death, and instructions to brother-disciples on the future of Ramakrishna Math on the day. Earlier that year, Romain Rolland noted that Vivekananda had begun refusing to express his opinion on the issues of the day with the response: “I can no longer enter into external affairs; I’m already on my way. The man who said ‘I won’t live to be 40’ and left at 39 was clearly no stranger to his physical end and approached it with a sense of anticipation, if not familiarity. 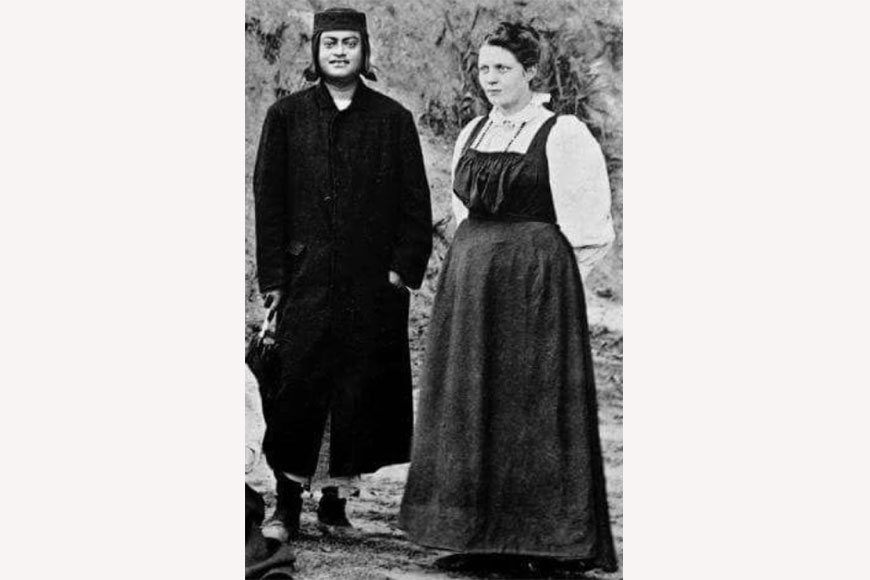 His belief is reiterated in a letter he wrote earlier to one of his followers, Mrs. Bull in 1895. Mrs. Bull lost her father and was heartbroken. When Swamiji received the news, he wrote her a very sweet letter, comforting her in his inimitable way. His letter is one of the most profound insights into the mystery of death. He wrote: “Coming and going is pure illusion. The soul never comes nor goes. Where is the place it will go, when all space is in the soul? When will be the moment to enter and leave, when all the time is in the soul?

The earth moves, causing the illusion of the movement of the sun; but the sun does not move. Thus Prakriti, or Maya, or Nature, moves, changes, unfolding veil after veil, leafing through leaf after leaf of this great book – while the witnessing soul drinks in knowledge, motionless, unchanged. All souls that have ever been, are or will be, are all in the present… Because the idea of ​​space does not occur in the soul, so whatever was ours is ours and will be ours, is always with us. We are in them. They are in us…

…The whole secret then is that your father has left the old garment he was wearing and stands where he was for all eternity. Will he manifest another such garment in this world or in any other world? I sincerely pray that he doesn’t, until he does it in full consciousness. I pray that no one will be dragged anywhere by the unseen power of their own past actions. I pray that everyone will be free, that is to say that they will know that they are free. And if they should dream again, let us pray that their dreams will all be of peace and happiness…’

On March 7, 1900, Swamiji gave a lecture in Oakland on the subject, ‘The Laws of Life and Death.’ The Swami said, ‘How to get rid of this birth and death — not how to get to heaven, but how one can stop going to heaven — that is the object of the Hindu’s search.’

Swamiji went on to say that nothing is isolated – everything is part of the endless procession of cause and effect. If there are beings superior to man, they too must obey the laws. Life can only be born from life, thought from thought, matter from matter. A universe cannot be created from matter. It has always existed. If human beings came into the world fresh from the hands of nature, they would come without impressions; but we did not come that way, which shows that we are not created again. If human souls are created out of nothing, what prevents them from returning to nothingness? If we want to live all the time in the future, we must have lived all the time in the past.

It is the Hindu belief that the soul is neither spirit nor body. What remains stable — who can say, “I am me?” Not the body, because it always changes; not the mind, which changes faster than the body, which never has the same thoughts for a few minutes. There must be an identity which does not change – something which is to man what the banks are to the river – the banks which do not change and without whose immobility we would not be aware of the current Always moving. Behind the body, behind the spirit, there must be something, namely the soul, which unifies man. The mind is only the beautiful instrument by which the soul—the master—acts on the body. In India we say a man gave up his body, while you say a man gives up his ghost. Hindus believe that a man is a soul and has a body, while Westerners believe that he is a body and has a soul.

Death surpasses all that is complex. The soul is a single element, not composed of anything else, and therefore it cannot die. By its very nature, the soul must be immortal. Body, mind and soul turn on the wheel of law – no one can escape it. Any more than we can transcend the law than the stars, than the sun – everything is a universe of law. The law of Karma is that every action must sooner or later be followed by an effect. The Egyptian seed that was taken from the hand of a mummy after 5000 years and sprang into life when planted is the type of the endless influence of human deeds. Action can never die without producing action. Now, if our actions can only produce their own effects on this plane of existence, it follows that we must all return to complete the circle of cause and effect. This is the doctrine of reincarnation. We are slaves to the law, slaves to conduct, slaves to thirst, slaves to desire, slaves to a thousand things. Only by escaping life can we escape slavery to freedom. God is the only one who is free. God and freedom are one and the same.

It is amazing to think how much a mind has to be evolved to have a sense of when time here will run out, and to carry on with a sense of energy, the dynamism that Swami Vivekananda showed during his lifetime temporal and made it valid. .